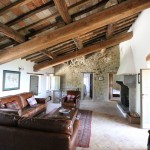 This old farmhouse, situated at about 450m above sea level, has one of the best views over the Nestore Valley, a narrow Northern Umbrian valley that leads to the border of Tuscany. The new owners wanted to extend it, to create a large kitchen/dining area and a master bedroom on the floor above. The addition was built on the western panoramic side of course, towards the valley, in terracotta block cladded in stone, to match the rest of the house. The roofs have been rebuilt using traditional, reclaimed material, such as old terracotta pianelle, chestnut or oak beams and rafters. Most of the floor structure was in good condition so it was just consolidated with a concrete screed and metal mesh. The new terracotta floor tiles have been sourced from a local manufacturer, they are hand made and cooked in wood-fired oven. The windows and external shutters are in laminated pine, double glazed and with a good thermal efficiency, painted with a soft grey-green tone. Most of the external stone walls have been kept as they were, other part were repointed using traditional lime mortar. The heating system is underfloor and is powered by a heat pump, which is in turn fed by photovoltaic panels. This is to avoid expensive gas bills and allows high energy efficiency. Another successful restoration in Umbria. 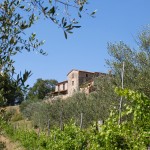 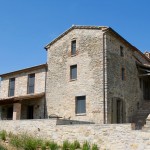 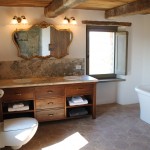 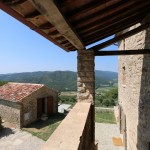 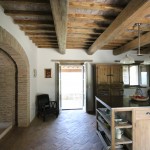 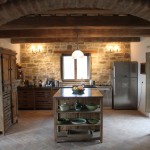 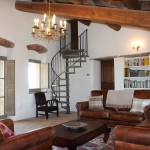 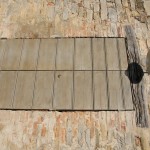 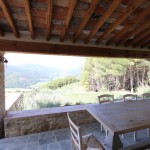 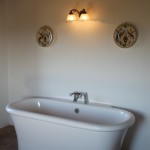 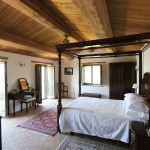