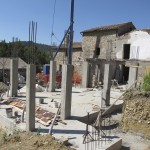 Since the previous post, when everything seemed to go backwards, with plenty of demolition and excavation work, we have now started to actually build something. The new extension – east wing – that will accomodate the new living room on the ground floor and the master bedroom on the first floor, is now under way. Due to the currents seismic law, we decided to build this section in reinforced concrete, but obviously clad it in stone, so the appearance of the new wing will be very similar to the existing, old farmhouse. We also need to consolidate the existing walls foundations and we achieved that with reinforced concrete beams. In order to guarantee ventilation on the ground floor and avoid dampness, we have used special moulds that create a void under the structural floor (see black moulds in pics). All the concrete pillars that you see in the pictures will be hidden inside the new walls, which will be stone outside, brick block inside and thermal insulation in between. Because our aim is to restore an old building keeping all its original features and building techniques, but also make it energetically efficient for a modern and comfortable living. 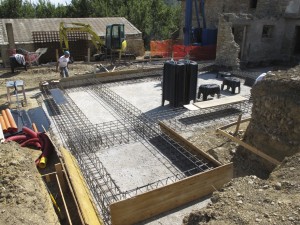 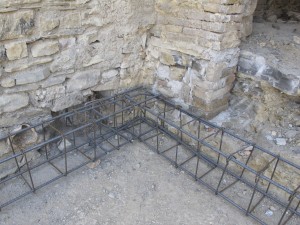 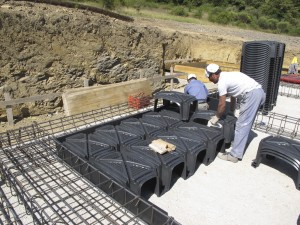 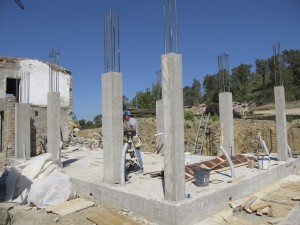 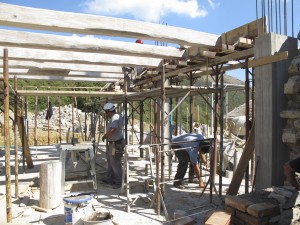 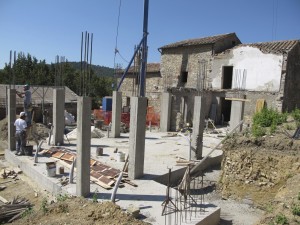